Building foundations
for the management science of
entrepreneurship and innovation

Get notified when we launch the book

An Introduction to Startup Science

Here is a talk I gave to last month at the TransTech Academy that introduces the basics of Startup Science.

I've received great feedback so far, with a number of founders telling me it prompted strategic discussions that caused them to significantly change the direction of their company based on the insights from the talk.

The Startup Genome Project gathered and analyzed data on 34,000 companies on over 100+ attributes — the largest comprehensive dataset of early stage companies in the world. These reports have been downloaded more 100,000 times, covered in WSJ, HBR, PBS and the Economist, and read about by more than 1,000,000 people, and have been adopted into the curriculums of over 100+ universities.

Learn about how startup ecosystem are growing globally www.startupgenome.com

Startup Science: Foundations for Succeeding in the Innovation Economy

Brief Contextual Table Setting for the Book: A healthy world requires a healthy global economy with sustainable and continuous economic...

The Startup Revolution Series Overview Part 1: The Great Transition: Industrial to Information Revolution Part 2: The Decline of the Blue... 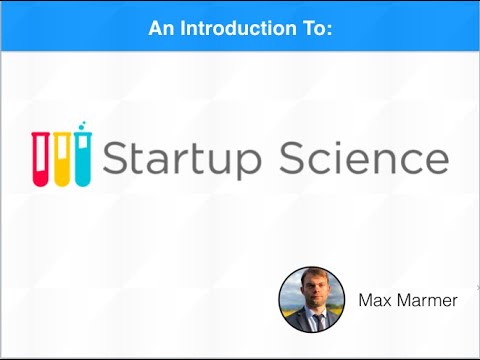 An Introduction to Startup Science

Here is a talk I gave to last month at the TransTech Academy that introduces the basics of Startup Science. I've received great feedback...
More Posts
Blog

The purpose of Startup Science is to contribute to laying foundations for a comprehensive paradigm for the Management Science of Entrepreneurship and Innovation.

The pace of change in the world is accelerating and the importance of bringing new products and services to the world to thrive in this new dynamic environment is more important than ever.

But we are not very good yet at turning new ideas into reality. Most startups and corporate innovation initiatives fail primarily due to self-destruction rather than competition.

The business world has excelled at maximizing the efficiency and profitability of existing products and services over the last 150 years in large part due to the maturation of the knowledge paradigm of the Management Science of Business.

For Entrepreneurship and Innovation to realize its potential, it must also develop a mature paradigm.

We are getting close. Over the last few decades, many people and communities of practices have developed pieces of the puzzle: Lean Startup, Agile Development, Customer Development, The Business Model Canvas, Design Thinking, Growth Hacking, Reinventing Organizations and more.

We believe the next step in the journey to radically increasing the success rate of startups is the development of a comprehensive, fractal, holonic, whole systems model that integrates how all these puzzle pieces fit together, laying the foundation for a new Business Operating System.

To that end we’re currently writing a book on Startup Science.

To learn more check out the various blog posts on this site.

We have been working on developing this Management Science off and on since 2010, wherein Max started working at Stanford with one the field’s most prominent thought leaders, Steve Blank. Max made some key advances in his work with Steve and decided to drop out of Stanford a quarter later to create the Startup Genome Project. In 2011 and 2012, the Startup Genome Project gathered and analyzed data on 34,000 companies, the largest dataset of early stage companies in the world. The team released 5 Reports on Startup Success, Startup Failure, and Startup Ecosystems that have been downloaded more 100,000 times, covered in WSJ, HBR, PBS and Economist, and read about by more than 1,000,000 people. The reports also became a part of the Entrepreneurship curriculum at 100+ Universities including Stanford, Wharton, UC Berkeley and others. The Startup Genome Project as a company evolved to focus on supporting the growth of Startup Ecosystems around the world and also spun off a collective intelligence SaaS called Compass that was acquired by the Sage group at 100 FTSE company in 2017.

Max is Integral Entrepreneur, Writer, Biohacker, and Systems Thinker dedicated to supporting and enabling the flourishing of humanity in the 21st century.

He’s currently the CEO of TrueSelf, a transformational tech startup working at the intersection of cutting edge psychology, big data and machine learning, designed to accelerate the evolution of consciousness on the planet.

Previously he was a co-founder of the Startup Genome Project and Compass. You can learn more at his Linkedin Profile here

Bjoern was the co-founder of the Startup Genome Project and Compass. He is currently the VP of Collective Intelligence at Sage after Compass was acquired by Sage in 2017.

His personal passion or "leitmotif" is: unleashing human potential. He enjoys seeing people grow. His higher purpose is to strive to maximize the capitalization of every single individual.

Are you interested in support implementing the Startup Science system into your startup or corporate innovation project?

Drop us a line and we'll be in touch soon.